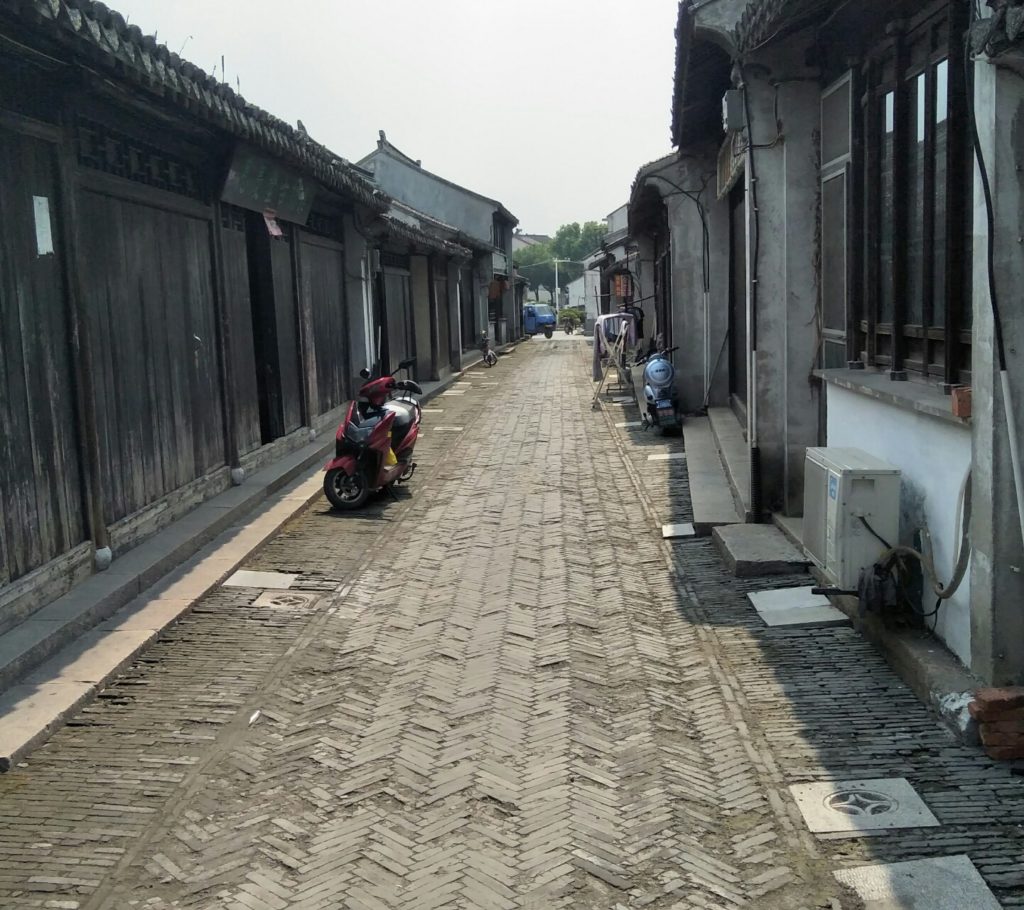 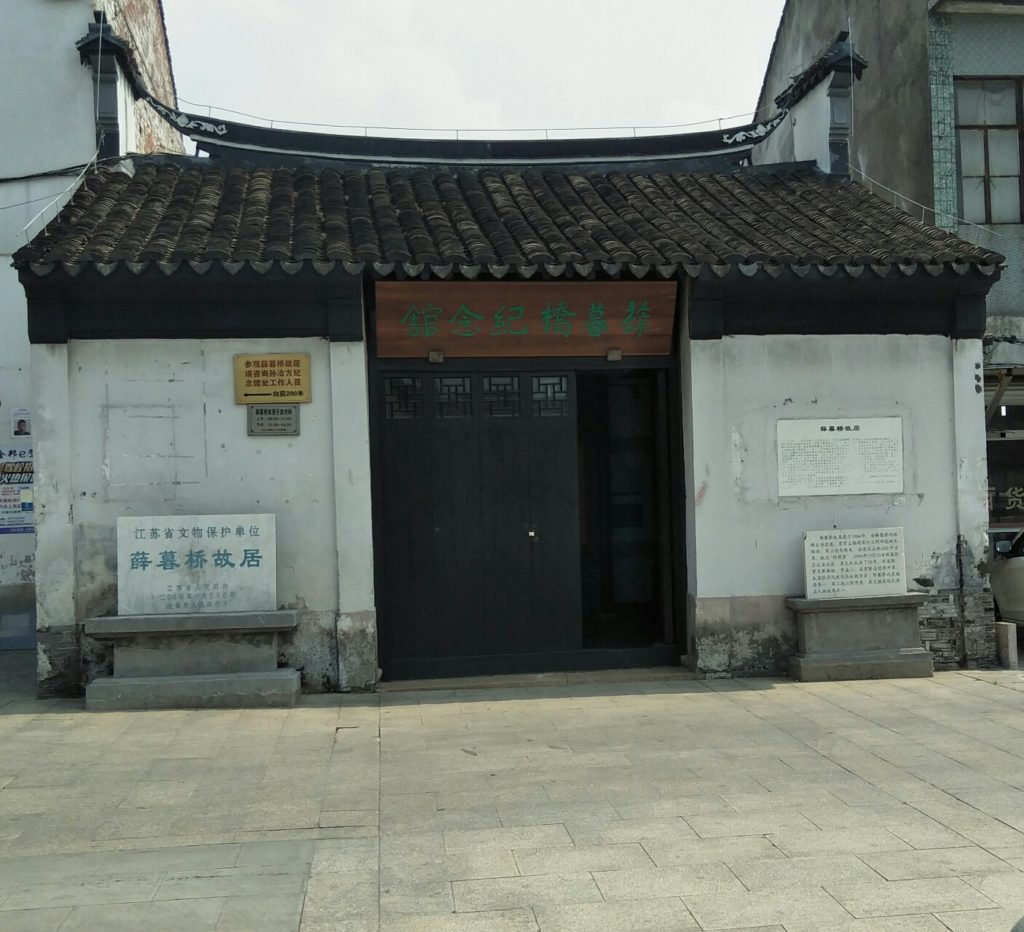 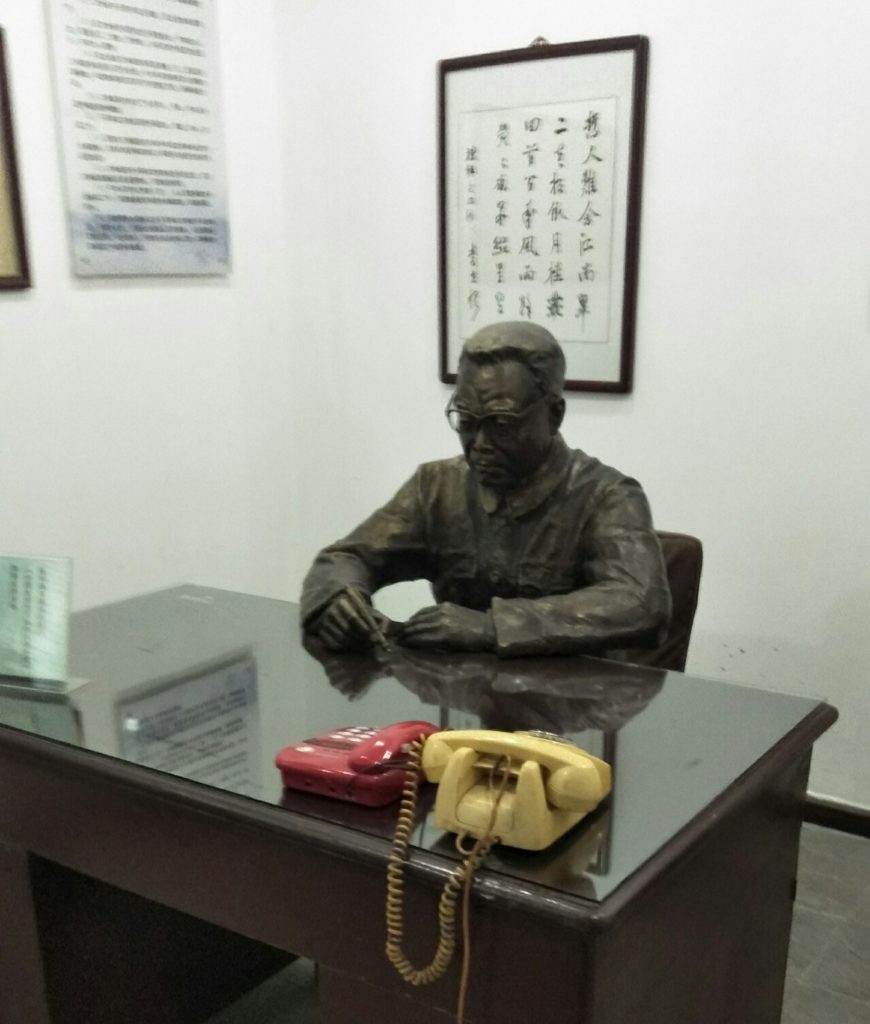 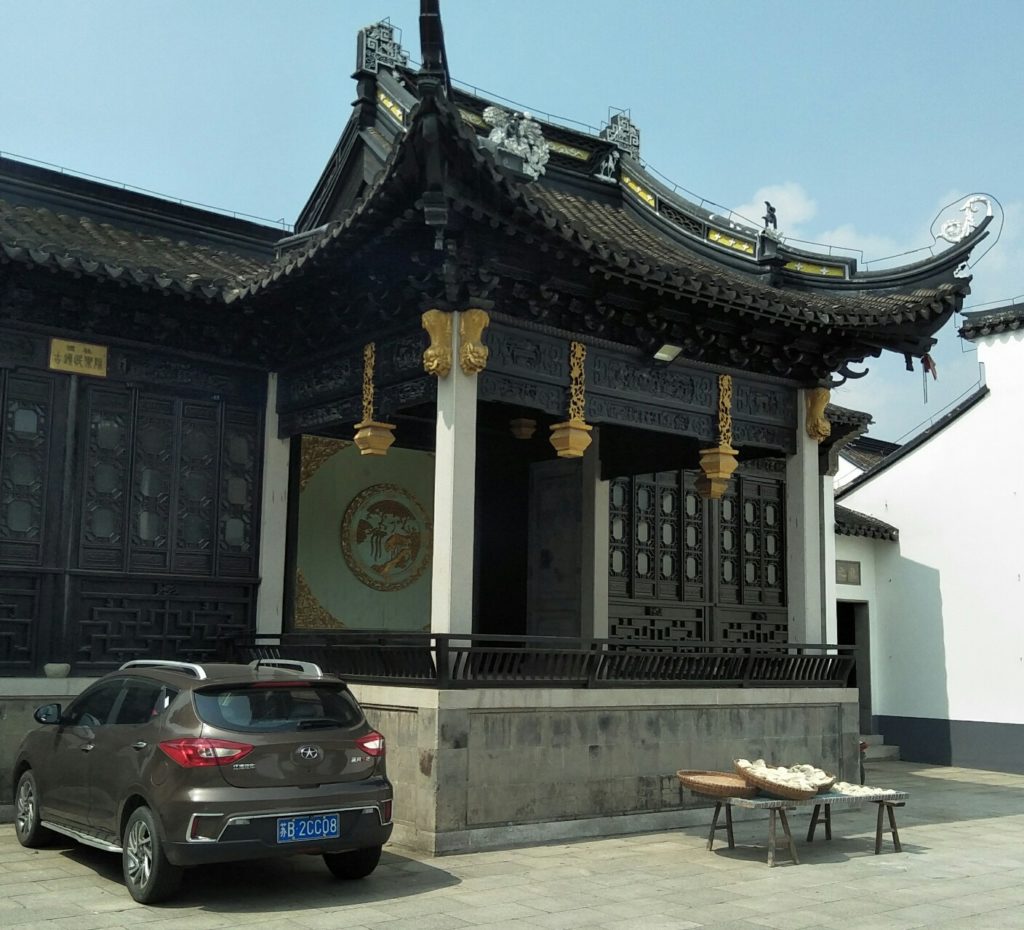 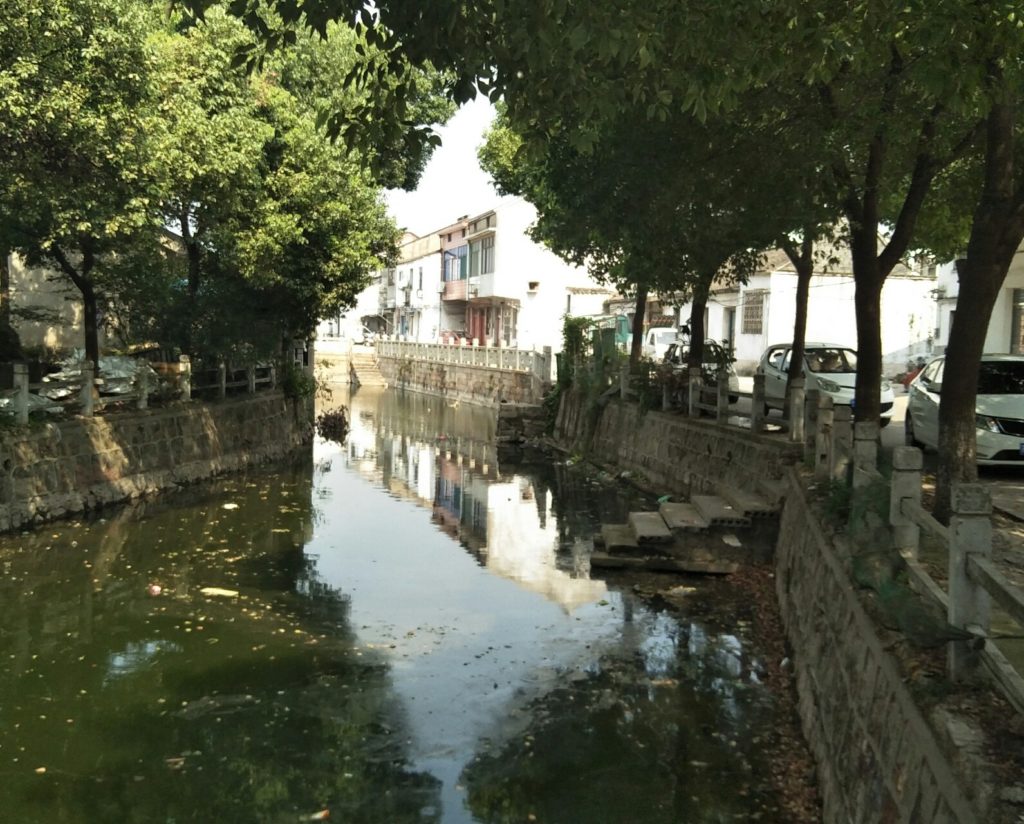 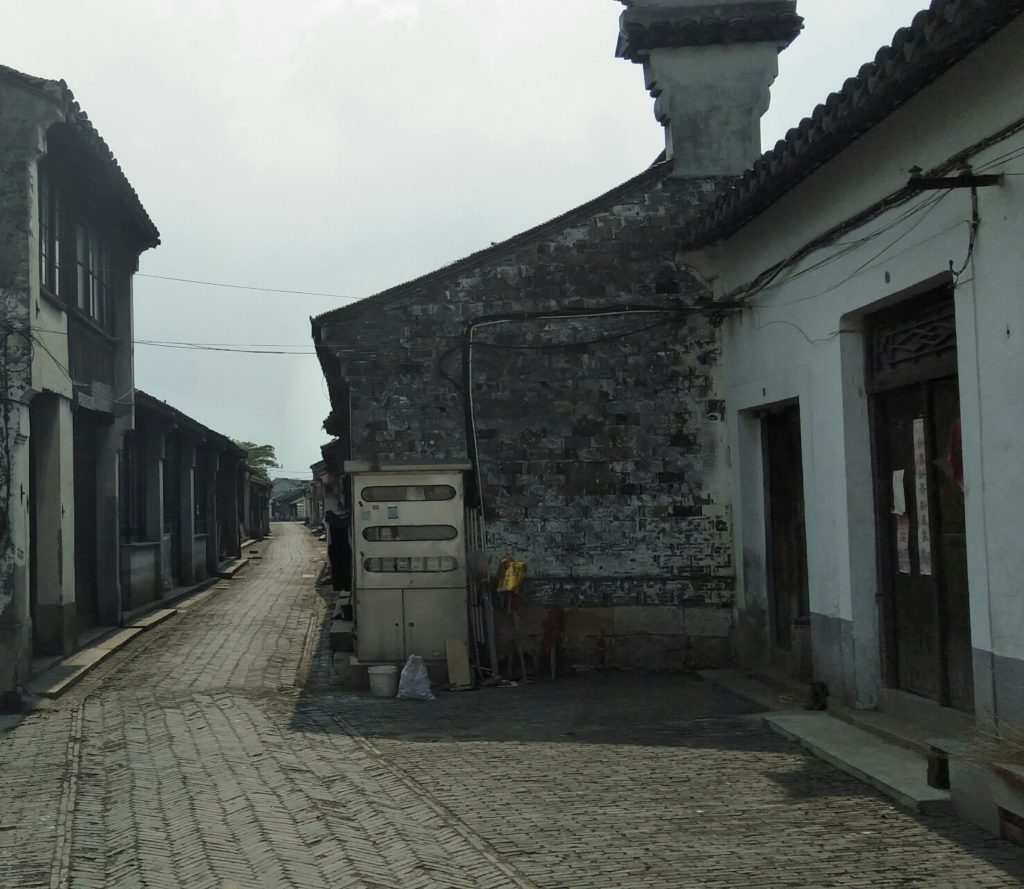 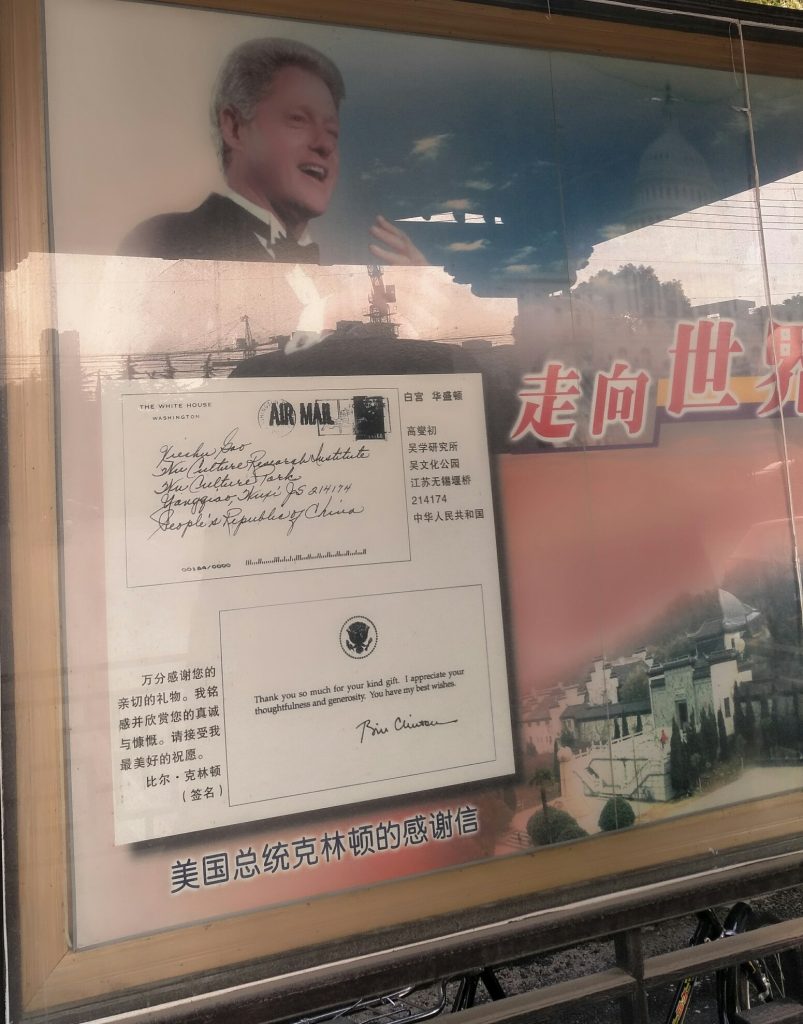 Yes, you read that correctly. Wuxi has a monument to American President William Jefferson Clinton. This is not the first time that American Presidents have shown up in local Chinese culture. Presidents Lincoln and Jefferson can be found in Changzhou. Lincoln is at the Changzhou Revolutionary Martyr’s Memorial in Tianning; his face is on a plaque with an inspirational quote translated into Chinese.

He’s also surrounded by other plaques for people like Shakespeare,  Gandhi,  Mark Twain and others. Jefferson is over in Zhonglou’s Wuxing Park. He’s near Socrates and a few Chinese intellectuals. The park has a law theme. Both Lincoln and Jefferson are included among others, and the focus is not particularly on them. That’s where Wuxi’s Clinton thing is markedly different. It really is about him, directly. 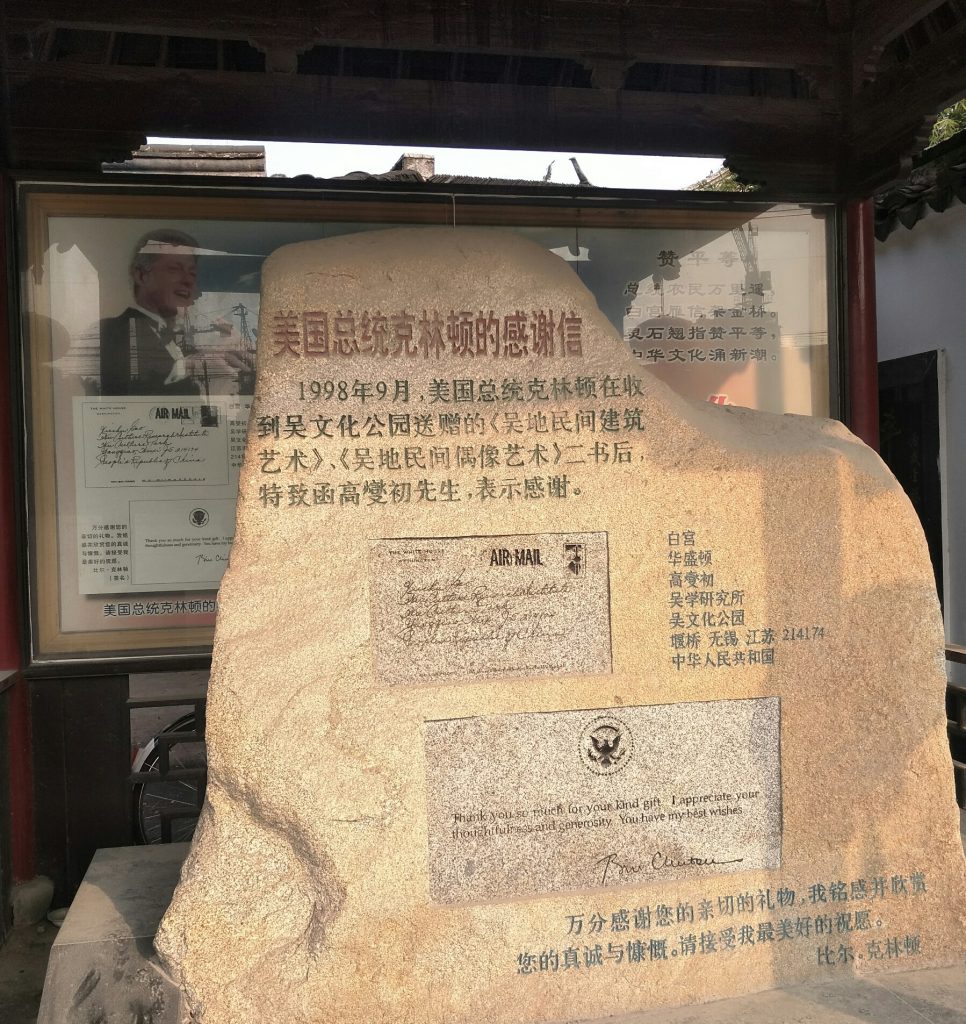 Before I explain what this about, I really need to explain where it is. It’s part of the reason why this stone honors America’s 42nd commander in chief.  This rock sits at the entrance of a huge park dedicated to Wu culture. Basically, Wu is the part of China that Wuxi, Changzhou, and Suzhou once belonged to. Several kingdoms over thousands of years used Wu as it’s name. Plus, it’s also the variant of the Chinese language that forms the basis of a number of local dialects in the southern Jiangsu region. This park essentially celebrates a local culture that is rich, full of tradition, and stretches back a long, long way into history. 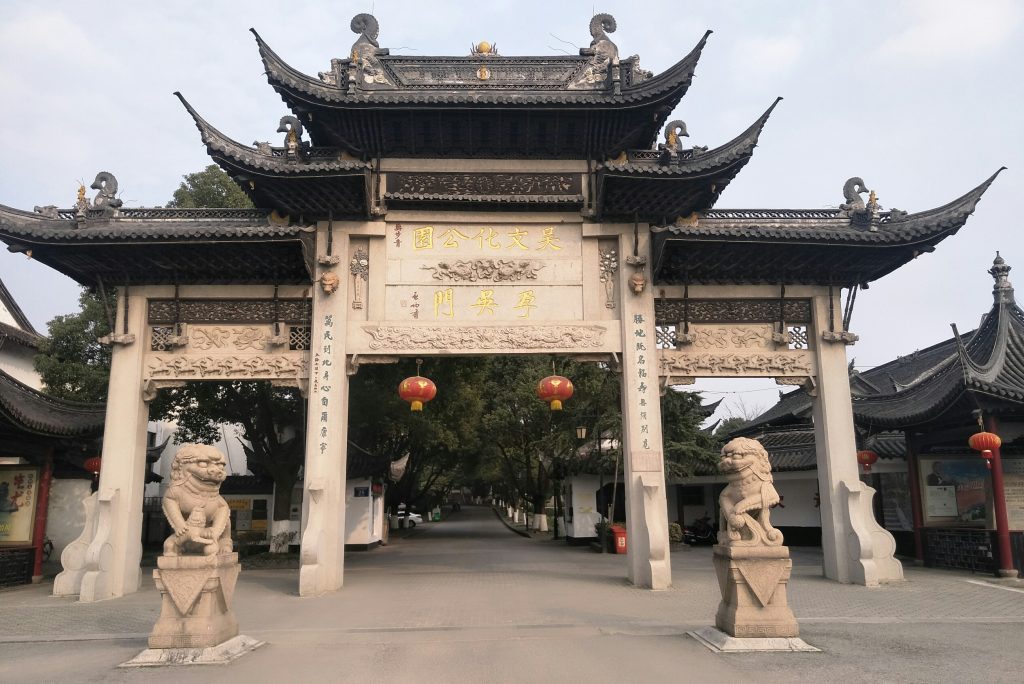 In this picture, Clinton can be found under the roof on the right side of this picture. The Wu Cultural Park is located in Wuxi’s northern Huishan District. It’s a rather lengthy walk from The Yanqiao subway station, which is also the northern terminus for Wuxi’s Line 1. Huishan’s Wanda Plaza is also not that far away.  Okay, so I am dragging this out. Why is Bill Clinton at a place dedicated to local Jiangnan culture? Let’s zoom in on the memorial stone itself.

This whole display commemorates a postcard Clinton sent somebody via airmail. “Thank you so much for your kind gift.  I appreciate your thoughtfulness and generosity.” Okay, so it’s a thank you card. Why was Clinton sending one to somebody in Wuxi? I had to enlist one my trusted Chinese friends, because my ability with reading Chinese still sucks. And the translator on my phone can’t read engraved text all that well. What I was told was this: the Wu Cultural Park sent Clinton two art books. One was on traditional Wu architecture, the other was  about idols. President Clinton acknowledged the gift with a signed thank you card. That’s the whole story.  Nothing more to say.

Before anybody sarcastically screams “big deal,” think about this. Parts of America are filled “Washington slept here!” historical attractions.   Locals love it when global luminaries give their homes and neighborhoods extra meaning. For instance, Changzhou has a memorial hall for when Sun Zhongshan (Sun Yat-Sen) did a whistle stop and waved at people. This was on his way to Nanjing to create a new government after the Qing Dynasty fell.  That’s a memorial for five to twenty minutes (I am guessing here) of face time with a huge, adoring crowd.

Also, take my home state of New Jersey. Long Branch has “Seven Presidents Parks.” It’s a beachfront location on the Atlantic Ocean. Long Branch also has a cool skatepark here. But why does it has the name “Seven Presidents?” That’s simple. Over the course of American history, seven commanders in chief stayed or vacationed in Long Branch. People will embrace anything that gives their home extra meaning. That’s not a bad thing, either — especially when it crosses oceans and national borders, as is the case with Clinton and Huishan, Wuxi.