A snowflake falls from a winter cloud, but it seems intent. It’s consumed with desire. As it flutters its way to earth; it works hard to avoid forests, mountains, and valleys. It does not want to land on something or somebody meaningless. It knows what it wants its destiny to be: it has to seek out a garden and fall onto a beautiful woman so that it could melt and “dissolve into the cordial waves of her heart.”

This is the gist of 徐志摩 Xu Zhimo’s famous poem, “A Snowflake’s Happiness” — 雪花的快樂. My summation is a bit crude, because there is more at work here. The whole poem is a complicated metaphor about love, and that gets into the mechanics of how it was written. The first line goes like this:

If I were a snowflake

The voice of the poem is not declaring, “I am a snow flake.“ The operative word here, if we are trusting the translator, is if.  That means its a metaphor and not a description of real life or something following a more narrative context. Much like other effective poems, the middle is there to build tension and led to the emotional payoff of the end. Of course, I’m not basing this off the Chinese original, but a translation I found on a blog. This version reads like a few of the others that I have found

This is well and fine, one might say. But what does this have to do with Changzhou? Xu, after all, was born in Zhejiang and spent a lot of time studying in the US and the UK. Living in England is the subject his most anthologized poem, “Taking Leave of Cambridge Again.” As it turns out, Xu had a few links to Changzhou. The first comes by way of his romantic relationship with Lu Xiaoman.陆小曼. She spent sometime growing up in the Dragon City and had a definite connection to it. By default, that gave Xu an connection, too.

During his writing career, Xu also wrote a poem about Tianning Temple. The temple’s website even acknowledges this. This has been translated into English, but its only available in print. It isn’t online, and the collection of verse does not have an eBook version. I would have bought a copy if it had. One can shove the Chinese version into an online translator, but that really does a bunch of indignities to poetry. Verse is a medium where the choice of language is mostly exact and precise. It’s all about the subtleties of nuance.  Translating something like this with Google is like taking a beautiful, delicate, and exquisite piece of porcelain and dropping it into a blender.

Despite these literary and historical connections to Changzhou, there is something real that somebody can go see. It’s in Tianning, near a northern exit of Hongmei Park and just down the street from the downtown train station. There is a statue depicting a romantic couple, and the are standing next carved metal baring the title of Xu’s snowflake poem.

It would be easy to pass this by and think it’s the only thing referencing Xu Zhimo in the area. However, if a person were to descend a nearby staircase and stand along the canal, they would see this.

These are inscribed tablets reproducing pages from Xu Zhimo’s diaries. This, in particular comes from 爱眉小札日记. This diary has been published in Chinese as a book, but like a lot of Xu’s prose, it has not been translated into English. If one were to look at some of what has been reproduced on this wall, it’s a emblematic of Xu and the writer he was.

Of course, Xu was a hopeless romantic. He not only had a relationship with Lu Xiaoman, but he had conducted affairs with lots of other women. If you take the content and context of his writing and put that to one side, there is something more stylistic. The passages on display near Hongmei are bilingual. English sentences like

Oh May! Love me; give me all your love. Let us become one…

are interspersed into Chinese. This is no accident. Xu also worked as a translator, and he was proficient enough in English to study both in the UK and the USA. This also gets into the type of writer he was.

In some ways, Xu Zhimo can be compared to Ezra Pound in America. Pound looked at traditional forms in English language prosody and wanted to throw them out, start over, and bring in something new. He had translated Chinese poets like Li Bai and felt their influence. Pound also translated Japanese verse, and his famous “In The Station of the Metro” poem reads like a haiku. On the other hand, Xu Zhimo  returned from study abroad. and did the same thing. Only, he loved western poets like Keats and Shelley. He wanted to throw out traditional Chinese poetic standards and write something more influenced by the west.  In short: Xu was not immune to experimenting and playing around with language.

Whether it is by way of his Tianning Temple poem or his relationship with Lu Xiaoman, Xu had some connection with Changzhou. This city has had a long reputation for helping cultivate scholars and and people of intellect. Xu Zhimo definitely didn’t come from here, but as evidenced by sculpture and canal-side engraved passages, Changzhou will still celebrate its link to him.

This was crossposted from Real Changzhou. 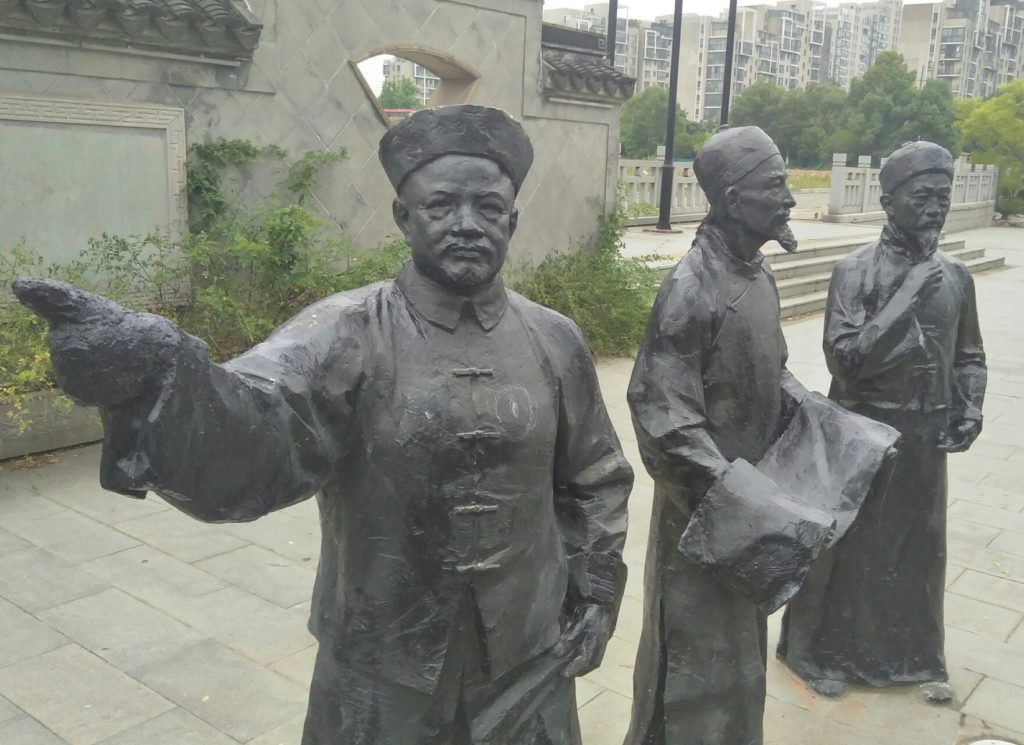 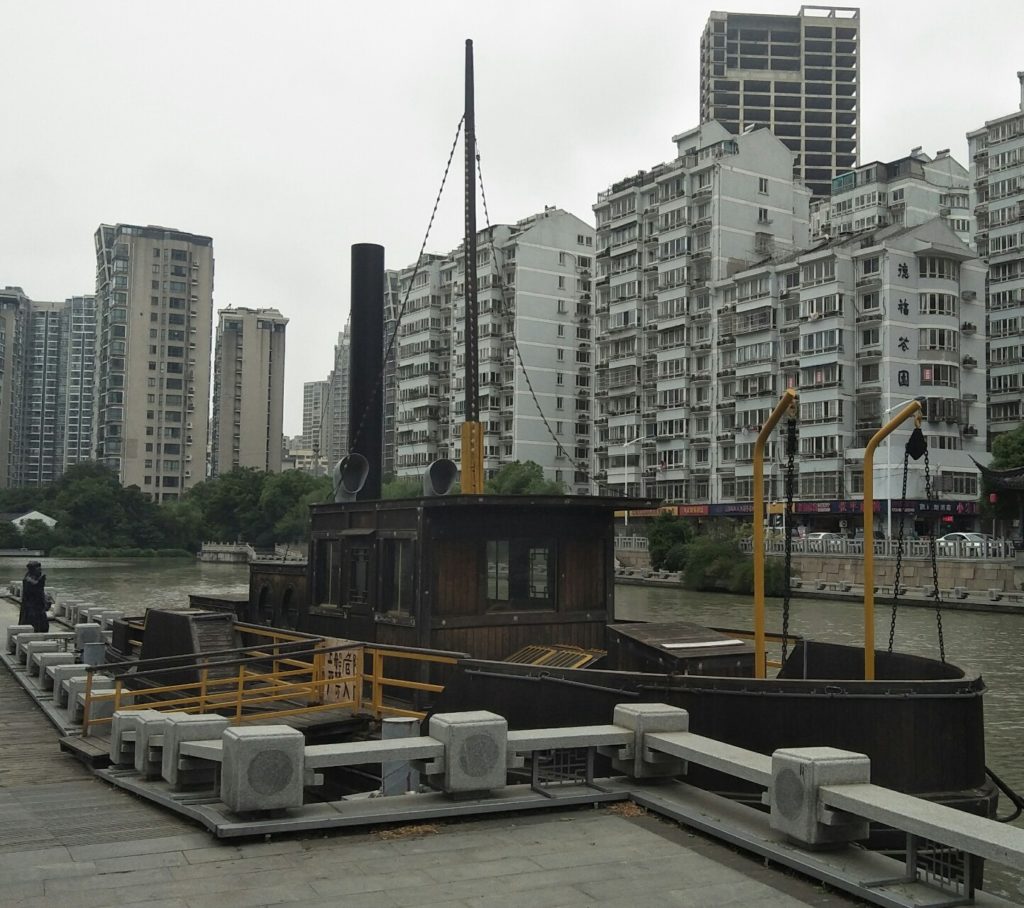 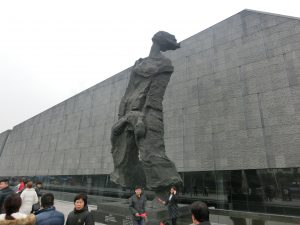 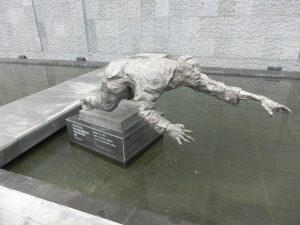 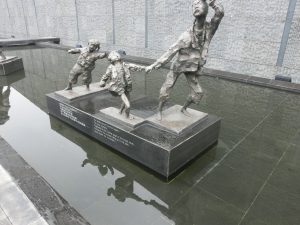 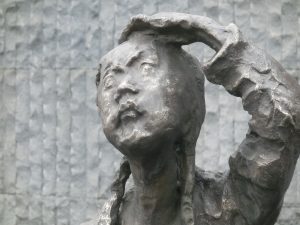 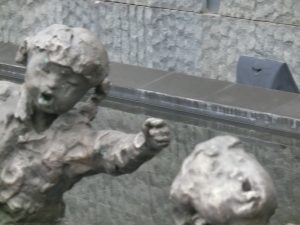 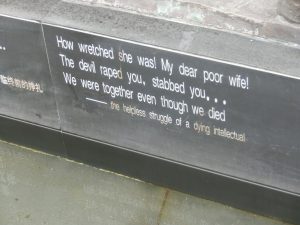 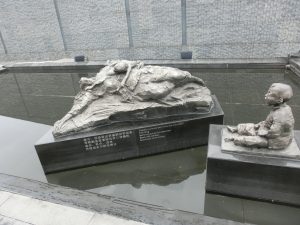 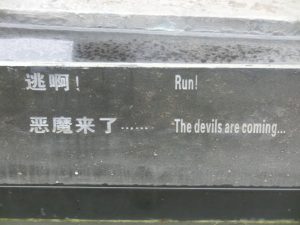